When I lived in Chicago I had a great apartment. This place was seriously amazing. Small six unit building.  Top floor. Two balconies facing downtown. Great appliances. Hardwood in excellent shape. And affordable. It was, quite frankly, too nice for someone just out of college. But I lucked out and got to live there and have a great time.

I still miss that place.

But gloating isn't the point of this post. This is about the one thing about the apartment I hated. My one complaint about the best apartment I will ever willingly give up.

You see, we had a huge dumpster just down the stairs from the apartment. Which was so convenient. Even on the most oppressive nights it was not big deal to rush down the stars, dart outside, and throw the garbage in the garbage. Each of the 3 buildings on my little street had their own one of those. So there was no way they were ever overflowing. It made polluting the world a breeze.

But every time I went to throw something out I noticed my neighbors were throwing out cans, bottles, and cardboard. Even though these things are perfectly recyclable. Nay, should always be recycled. My neighbors were throwing out this stuff, of course, out of convenience. While there were three dumpsters within 50 yards of each other the only recycling bins for the entire neighborhood were over a quarter mile away. Which doesn't sound like a whole lot but it is significantly longer than the trip down the stairs. Especially in a city blanketed by snow/ice/the wrath of God. The distance outweighed the number of shits people gave about recycling.

This is the same case as my building in LA. Except we don't even have a recycling bin. My roommate and I have to put the recycling in our cars and drive it to somewhere that will take it. A complete pain in the ass. I can understand why other people in this building don't even bother.

The problem seems to be that we've set up the system backwards. Or, rather, have failed to update the system in favor of practices we know to be environmentally responsible. The default option remains to chuck it all in the garbage because that's what's provided. Where if people had to take the garbage somewhere but recycling was convenient people would think more about the waste they create.

If I have faith about anything in this world it's that people are fundamentally lazy. They don't want to think or exert effort over something as simple as garbage. So the options provided for them, and convenient for them directly impact their behavior. There would be some pushback if the system were reversed (there's always pushback when the status-quo is disrupted) but it seems, at least to me, like a valuable initiative to try out.

Does anyone know if cities or municipalities are already doing this? I know that single-stream recycling has made things a lot easier for recyclers but I don't think anyone has decided to make recycling the default option. Let me know if I'm wrong. Or if you know who to talk to about trying this out. 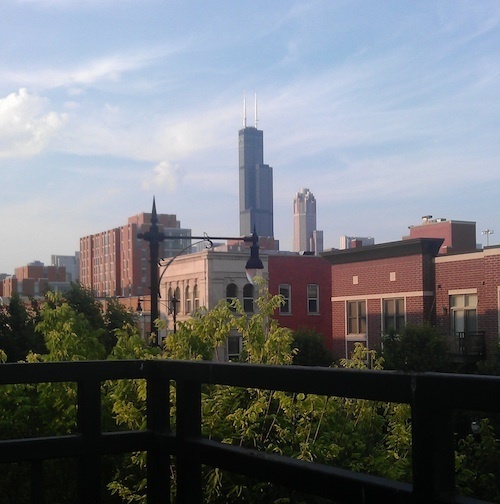