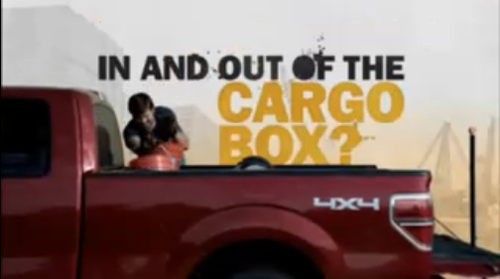 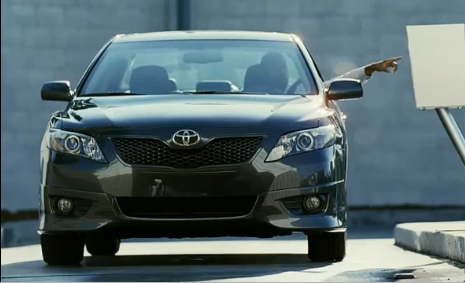 Car commercials amaze me. They essentially pushing a block of steel with an exploding center, and they do it in ways that are very easy on the eyes. Two campaigns that stick out in my mind are the Toyota “Reliability” spots and the Ford F-150 “A Way of Life”. The campaigns are vastly different, Ford’s ads are a big, loud “YOU SHOULD BUY THIS,” while Toyota’s ads are a wink and a “Well aren’t you smart for buying this?” This is fine because the potential F-150 driver probably isn’t going to drive off in a Corolla.What Ford does tremendously well is giving the viewer a concrete argument. Their Truck is better due to features X,Y and Z. Not only that but they are telling you that YOU are a Ford Truck person. The typography is beautiful done and the copy tells you that you need this truck. The first time I saw these spots I thought it wasn’t so much a car commercial as a call to action. The people in the commercial were interacting with the truck in a way that they would every day, not driving ‘on a closed course by a professional driver’.

Toyota also did something incredibly smart, they strayed from the 30 second model. While not quite High Life’s 1-second spot, Toyota’s new commercials make you focus. They are extremely effective when they are isolated between two longer commercials, something I noticed during the NFC championship game. (However when the commericals were run back to back to back they got slightly repetitive and irksome). Despite Toyota’s current PR issues the ads give the consumer confidence that they are making a smart decision by buying a Toyota. The juxtaposition of young vs old, apprehension vs freedom, progress vs plight, all paint a picture that a Toyota can be the bedrock of your life.