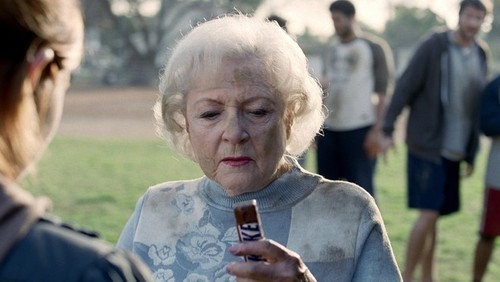 A week later the general consensus in the ad community seems to be that 2010’s Super Bowl commercials were less than spectacular. To that I pose the question, “by what measure?” Of course nothing, aside from those oldspice spots, was very groundbreaking; at the worst I think the ads were just complacent. Complacent with the idea that just good enough or funny enough or slick was enough. Every blog I have read has pointed to the Google spot as arresting, yet it scored rather low in many polls for the best/most memorable ads.

People, you know- the ones the corporations were trying to attract with the ads, remembered and loved the Doritos ‘slap’ or the Snickers ‘You’re Not You When You’re Hungry’ spots*.

The advertising blogosphere is up in arms that brilliant simplicity was subverted by heinous ‘childish’ ads. As someone who is coming up into the industry this confuses me. While we should strive to do something great, something different, at the end of the day people need to respond to it. When people who have been in the industry for a long time seem upset that people didn’t like the ‘better ad’ I think it is a loss in core purpose.

We are creatives; we create. However, we should remember our work is judged in both tangible and intangible terms. It would be great if every spot at the Super Bowl was golden lion worthy but from a realistic perspective it still has to deliver something that the audience will latch on to. At least that’s my measure.