NOTE: I'm still on a Community kick. So if this type of post is driving you crazy you can get out now. If you're as crazy about these posts as I am about Community then I love you. Yes you. Seriously.

One of the (many) reasons I have fallen into such fanatical love with Community is the people behind the show, specifically the writers. Their process amazes me. Their tenacity amazes me. But, most importantly, it's their honesty that has taught me the most about my own work.

Here's what I mean by honesty: they don't delude themselves into thinking each idea they have is gold. They even have the tendency to publicly pick apart episodes that didn't come together as neatly as they would have hoped. They are angry about their work at its worst, and sometimes at its best. Mostly because they know their own potential and the potential of the show.

There are numerous occasions where the writers addressed their fans on the internet to talk about dissatisfaction with certain episodes, or components of episodes, or things that happened behind the scenes that may or may not have had an impact on the show. They even do this preemptively to mitigate expectations about yet-to-be-aired episodes. People more into buzzwords than I would call this "transparency". I prefer to call it good old-fashioned "honesty". Because, at a base level, what they're doing is being honest with themselves and their fans about the quality of their work.

This isn't common practice in TV writing, at least to my knowledge, which makes it especially wonderful. It shows how much of themselves these writers put into making the series a success. They're raw. I think that shows in the end product.

This is also a practice I would love to see happen more often in advertising. So often people are talking about how amazing their own work is. Championing it around the digital and real worlds with conviction. All while others watch as people parade around a pile of excrement while calling it any number of buzzwords. Pick yours: "wonderful" "transformative" "innovative" "So great!"

Maybe people honestly believe their output is amazing. Maybe people don't have to publicly come out and trash their work. But a dose of honesty with themselves couldn't hurt. (This is as much directed at myself as others.) Sometimes you just have to let go.

There are things that are wonderful and worth shouting about. I have celebrated that work here, other places online, and in real life. But that's not often, because things wouldn't be exceptional if they were common.

Here's the meaty nugget I'm trying to get to. The only way to make something really good is to be painfully honest while evaluating it. During all stages in the process. Sometimes the public will decide something is great regardless of what you think of it. But the best thing we can do is make something we are in love with and send it out into the world. Chances are good someone else will love it too. 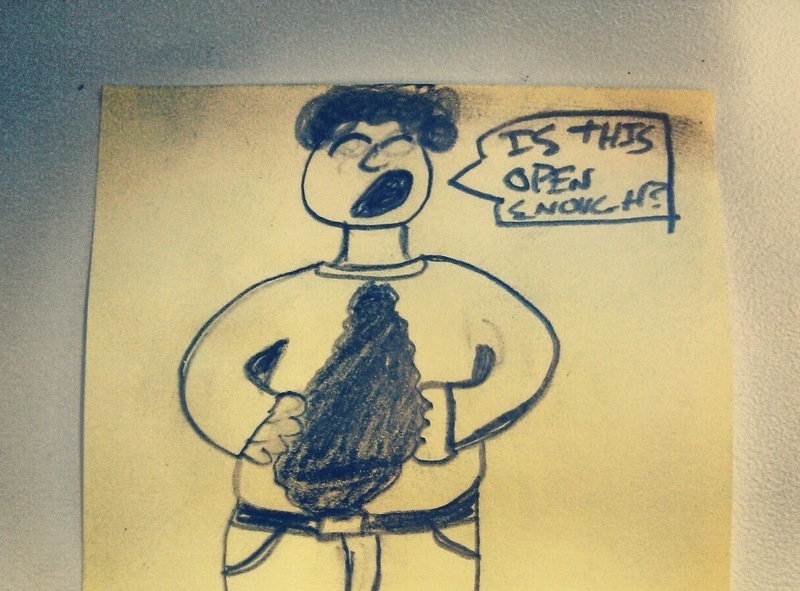