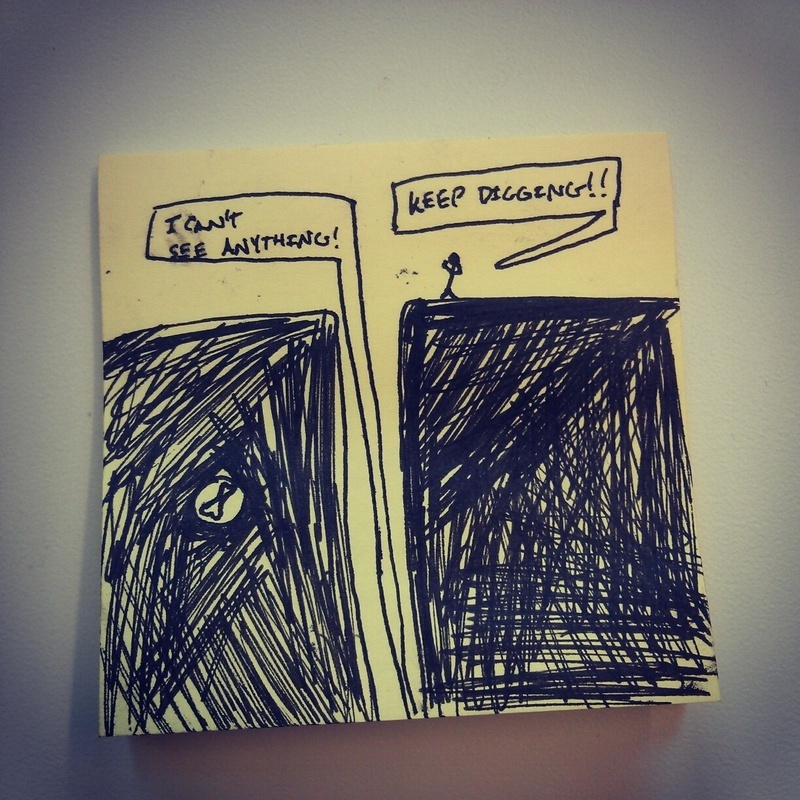 When I was first trying to get into advertising I read everything I could get my hands on. Blogs. Trendy magazine articles turned into books. Even the odd newspaper article.

However, what had the greatest effect on the way I think about advertising were the books written by or about the giants of advertising. I read those book to try to glean some secret of greatness from them. I wanted to absorb, steal and transform the knowledge they provided.

Maybe this wasn't the best approach but it has worked pretty well for me.

Perhaps the most important aspect I learned is where ideas come from. Not metaphorically, mystically, or physically (though the shower or a nice recliner isn't a bad place to start). Rather I was looking for the genesis of the idea behind the ideas. Where their highly original approach to briefs came from.

Now, obviously, these answers didn't come from YouTube or anywhere on the internet. Nor did they come from mass media like magazines, newspapers, or TV.

Most of the time the answers came directly from, gasp,  the client. It was an off hand comment, or a line buried in some material the client has already produced.  Then the idea (and subsequent) execution geminated around that nugget of goodness.

This process led to some of the best ads in history.

Of course there were piles of bad work back then too. There's not going to be any time where everything is good because how we determine "good" is relative to everything else that's out there.

But the great ones always had an essential truth about the brand. Had the unique selling proposition of unique emotional proposition that people talk about now with misty-eyed nostalgia. (As though there isn't anything original or unique to say these days. Ha!)

What gets in the way of these kinds of insights now, I believe, is the growing legion of MBAs. Not that all MBAs are bad, I happen to know some brilliant ones, but those three letters can often make an argument as impenetrable as the Berlin Wall.

A byproduct of the MBA, though I'm not unconvinced it's not the primary product, is the introduction of pseudoscientific marketing speak.

Marketing babble. Valueless words like engagement, content, real time media, wizbang, ecosystem. These are great to say, great meeting fodder, precisely because they are so devoid of meaning.

And how clients love to throw these words back at agencies. It's no surprise how hard it is to get great insights out of a client prattling on about the trend du jour. Even casual conversations about the work are laden with these terms.

However, answers are usually there if one digs deep enough. This isn't always the case, but by listening carefully you can find just enough to make an ad out of. A half thought from them turns into a full thought for us. These are usually in off-hand comments. When their marketing brains aren't turned on. When they're talking a bit like the people we're selling to.

Sometimes this is the role of the planner, to uncover these things for you. But if you aren't blessed with a planner (or at least not a good one) there's still hope. You just have to listen where no one else is. Dig for those answers as frantically as Cope and Marsh dug for fossils during The Bone Wars. Because without those nuggets of truth you're on your own.

(A good addendum to this post is Ben Kay's "Not Enough Clients Shop at Prada" about what clients are looking for in work.)