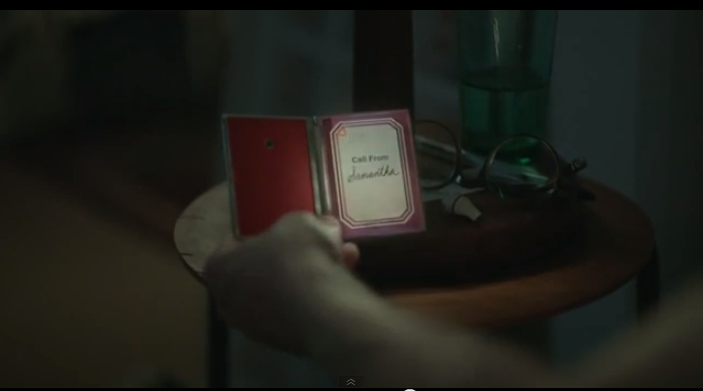 One of the perks of living in Los Angeles (oh yeah, I moved to LA around two weeks ago) is access to limited release movies. Movies like Spike Jonze's "Her." Which I saw last night.

It was easily one of my favorite movies of the year. Intensely personal and probably a little too close to home. Some people have said the premise is laughable but I think it's right on. And, not spoiling anything, there were some scenes done so masterfully that audience laughed in discomfort. I don't want to ruin the movie for anyone so you should probably just go out and see it.

After I got home I read interviews about the movie for over an hour. And one of them, from Indiewire, was so good I wanted to post some of it here. Because seeing this film made me feel like I wasn't being ambitious enough in my own life. And after reading the interview that feeling was only magnified. So if this only serves the purpose of making you feel small and motivating you then I'd say it's worth reading.

JONZE: I think it's things that I make, I follow my intuition and later, maybe it makes sense or has more intellectual... I can understand it more or not. Like coming up with the idea for beautiful handwritten letters.com [in “Her”], it was just an idea that seemed fun, funny, correct, interesting. And then only as I started writing it started unveiling why it also made sense.

(Indiewire is bold. Jonze is regular.)

I think it's things that I make, I follow my intuition and later, maybe it makes sense or has more intellectual... I can understand it more or not. Like coming up with the idea for beautiful handwritten letters.com [in “Her”], it was just an idea that seemed fun, funny, correct, interesting. And then only as I started writing it started unveiling why it also made sense.

IW: You've really given yourself all these crazy challenges in the last couple of years. Part CGI, part costumed monsters, children [“Where The Wild Things Are”], robots in love [the short “I’m Here”], now you’ve got an actor who isn’t on screen. Is that a conscious thing?

JONZE: Well, it's being drawn to ideas that you don't know how you’re going to be able to pull off, but I think that's exciting. Even “Being John Malkovich,” the movie was so absurd and trying to pull off the tone that was going to ground it, was a constant mystery whether it would work or not. “Adaptation” is so many thematic through lines, so many disparate ideas and Charlie Kaufman writing the script—his relationship with his “brother” and [Meryl Streep’s character] writing the book about “The Orchid Thief” and her sort of melancholy of her life that she's lost in. [Chris Cooper’s character’s] life and the history of orchid hunting and the history and creation of life and the universe and the planet, there's many different ideas. To make those all things fit… we edited that for 14 months trying to make that one fluid through line and those are the things that are the scariest. Many times in the course of making these things I didn’t know if they would work.

So some fear in the challenge helps?

It's what makes it exciting because we don't know if it's ever going to work. There were times in “Adaptation” during the editing where I really thought, “Okay well this was a noble failure.” I tried to do something good but this is not going to work. Same on [“Her”]. There were many times in post production where—and I can laugh about it now because when I locked picture I feel like I got it to where I wanted it to be, but I can only laugh about it now. At the time it wasn't that funny. I really thought I had to go to [producer] Megan Ellison and apologize to her and tell her maybe we shouldn't try to make the movie. There would be dark days.

Getting the tone right on a movie strikes me as meaning everything to you.

Every inflection is important. When I'm working on a scene or a line or a word, tone is the most important thing in the world. The movie succeeds or fails on that being true.

[Changing things mid-productions is a} risk you make when making these kinds of ambitious movies I take it. You can miscalculate with so many unknown variables.

Read the rest of the interview (there's tons more) over on Indiewire.

Also, she's never going to read this, but thanks to Megan Ellison for producing so many amazing movies. Sure, you're the daughter of a Millionaire. But you're singlehandedly producing most of the best, most ambitious films out there.