One of my favorite podcasts has nothing to do with marketing. In fact, it's a podcast about a topic I thought I'd never be interested in. It's about relationships.

The podcast is This Feels Terrible. It's hosted by Erin McGathy, a very funny improv person and all around person. And it's not a standard relationship podcast. Rather, she interviews comedians about their dating lives. Sometimes the episodes go off the rails but her choice of subject means there's rarely an episode not worth listening to.

One of the best episodes, in my opinion, is a break from form. She had artists Wayne White and Mimi Pond on episode 21 of the podcast. They're artists. And they're married.

You'd know Mimi from a little show called The Simpsons. She wrote the first episode ever aired. She's also a cartoonist and illustrator.

You'd know Wayne from a little show called Pee Wee's Playhouse. He designed most of the sets and puppet characters. You may have also seen them in the excellent documentary about Wayne called Beauty Is Embarrassing. Needless to say, they're an excellent, interesting couple. And their episode of This Feels Terrible is outstanding. I've kept it on my phone since the day it came out.

The stuff about their relationship and courtship is good. But you should listen to the podcast to hear about that stuff. I'm here to talk about the end of it.

Erin, who claims to be a bad interviewer but is completely the opposite, asked Wayne and Mimi what advice they'd give to artists. Wayne prefaces this advice by saying that he's doesn't want to serve as an example. But he's a pretty inspiring example if I've ever seen one.

Here's what he said:

Wane: "Perseverance. That's what I say every time someone asks me that. That's the number one trait you gotta have. Perseverance. Never give up. All that other stuff: vision, wit, talent, that'll take care of itself as long as you never give up. That's the #1 leading edge thing you gotta have. Because most people give up. Because most of art making is not very fun. It isn't. It's 75% hard work and boring work. Drudgery. But, the joy you get at the end of it makes up for all of that. They don't tell you the joy comes at the end. It's the digging that tunnel that's the hardest part. And that's where most people give up 'cause they think it just moment after moment of pure epiphany and magic. And the magic is not there most of the time. It's ditch digging. It's painful. And it's boring. And it's very, very hard to do. Perseverance. That's my simple, hard headed, plain, boring advice to any artist. Perseverance #1. [Mimi: Get up and draw every day.] And most people don't want to hear that. they want some kind of like 'Oh! Nurture the blahblahblah.' No."

Wayne (ctd): "Just put your nose to the grindstone and work through the pain."

It's not the newest advice. But it's advice that gets forgotten. People are always looking for a silver bullet. Or one "awesome quick tip to [fill in the blank]."

But those things don't exist. At least not in a way that makes people happy.

The silver bullet is hard work. And persistence. The only way to do something is to, as Mimi said, get up and do it. Or do it sitting down. But you have to try much harder than you expected to make anything good. To make anything. Because shortcuts and art do not go hand in hand.

Wayne said one other thing in the podcast that I enjoyed:

"I'm enamored with the idea of the heroic effort. You know? Biting off more than you chew then doing it. Painting yourself into a corner and escaping. Slaying the dragon. You know? Going out into the light and being the hero. That's part of my overly-romanticized view of the world."

It's heartening because things have worked out for him. He has a unique view on the world and through effort (and luck) he made things happen. I like that a lot. 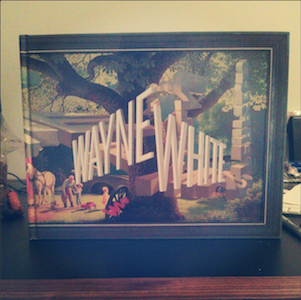 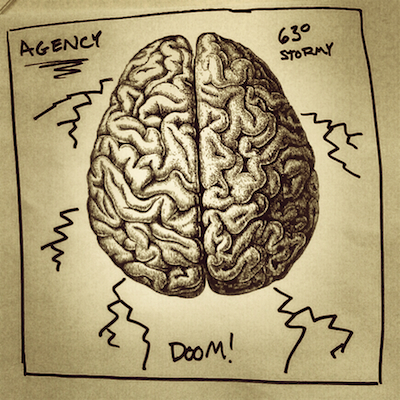 Yesterday I was listening to a rather excellent episode of On Being about the cognitive roots of creativity. Now I'm not saying I understand science 100%, but the guest, Rex Young, spelled things out in a way that was easy enough to understand. It was interesting hearing from someone who studied creativity outside of "creative" industries.  Plus, he was backed by science rather than the usual pop-psychological conjecture that surrounds creativity.

Here's a few quick things I took away from the episode. (Though you should listen to the whole interview.)

Science says that brainstorming is bunk.

While it can lead to decent results, it hardly leads to results that are the most creative. Because what happens in a brainstorm is that everyone is trying to impress everyone else. To have their ideas liked. As a result, people hold back the new, challenging ideas and present the ones that are easier to digest. People get shamed into submission.

Brainstorming, it turns out, is a really terrible process. At best brainstorming can add something to a conversation where there is nothing. At worst it makes people feel good that other people agreed with their less-than-creative idea.

I wish more agencies would listen to this kind of advice. Or maybe it's better that they don't and the smart ones do.

Which leads to the second thing I took away: comfort matters. In order to spark great creativity you have to be comfortable being wrong, around the people you work with, over and over and over.

If not, you run into the same problems you have with brainstorming. Comfort allows for a give and take that doesn't come naturally. It allows someone to eviscerate their partner's idea one moment, while championing a different one the next.

Comfort is the reason why writers' rooms work differently from the average brainstorm. The components look the same. But the process is dramatically different.

The episode went in depth about a certain building at MIT that was known for creative results. All sorts of great brains floated through this place and bumped into each other, knocking around some of the most creative ideas in history. It was this unplanned magic that gave the place its brilliance. And gave the world so many good ideas.

But, again, it was because all of these people were comfortable with each other, and accepting of each others' input, that this worked. Any other set of circumstances would have been absolutely toxic.

There's more, way more to take away from the episode. But you'll have to listen to get all that goodness. 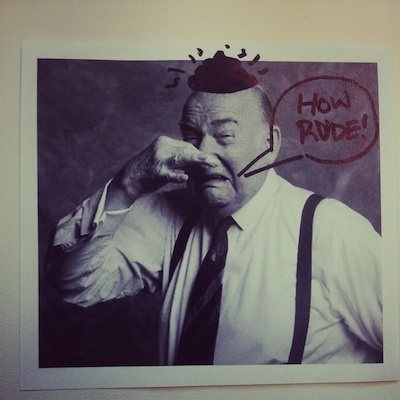 I've been listening to a lot of podcasts lately. One of my favorites (and I know how late I am to this) is WTF with Marc Maron. Maron is a comic's comic and has some of the greatest interviews I've ever heard. Every interview is chock-full of quotes about advice, inspiration, and perseverance.

He talks to some of the best people in any field and gets the story of their lives. You also get a little bit more of Marc's story with every episode.

The episode I'm listening to now has Chris Rock as the guest. I didn't know what to expect from this interview but loved these quotes in the first 5 minutes of the recording:

It's weird, because I know the young comics listen to this, I always tell comics—they always ask me, you know, guys ask me questions—and I'm like, 'dude you hang with too many people. You have to be alone. you have to live in your head.'

You know I just see comics go into clubs like girls going to a fucking club. It's like, "We're all going to the club!" Shut the, what the fuck are you doin? You gotta go by yourself. You gotta fucking take a drive. You gotta listen to music. You gotta get in that zone. You gotta live in ya head, man....I still live in my head.

WTF isn't always so inspirational. It's not always pretty. But it helps keep my head out of the advertising minutiae.