The best of last week presented this week. Right now.

In case you ever need to use the restroom in space without training for years and years.
Banksy does video.
More Zamboni.
Online extra clip from Indie Game: The Movie. (Which you should see if you haven't.)
Sexy Synth Sexual Healing Remix.

It no secret that music "borrows" from the past. (If you believe this series of videos every creative work builds on something that came before.)

My question is, when does something cross the line? When does it become less borrowing and more theft? Is it in intent, in acknowledgment, or other grey area that's hard to pin down?

I think that's a little bit of what the site Sounds Just Like is trying to pin down. It's not as much a condemnation of the artists as it is a place for people to point things out. What you read into the similarities is the only baggage there.

It is interesting to note how the comments change based on the perceived artistry of the artist. If the commenters generally like the band, it's billed as homage or inspiration. If the band/artist is less admired (typically pop stars from the past 5 years) it's a rip.

No real conclusions here. Just something I've been thinking about.

That's so crazy it might just work Kickstarter campaign.

Miniature worlds in cigarette tins (via The Denver Egotist)

One of the most painful experiences in any creative act is when a project loses funding. When a project dies due to circumstances completely out of your control.

Here's a little bit of perspective on that.

Michelangelo's David is housed in the Accademia di Belle Arti di Firenze. In that same museum, the hall leading up to the David in fact, there are four partially-carved sculptures outside of that room called the Unfinished Slaves.

They are sculptures he started but had to abandon due to a lack of funding. Funds dried up. The marble remained uncarved. And his backers were the big corporations of the time: wealthy Italians and The Catholic Church.

The Catholic Church. Bankrolled by God!

And although these events may seem tragic, they're only partially so. Because these projects lost funding Michelangelo pursued other things. Went on to paint the Sistine Chapel. That's a pretty good next step.

There are countless other people/projects this has happened to. Good people, who probably deserved the money more than someone making the Wheaties ad that will "change Wheaties ads forever".

So it might be okay that some projects lose funding. It might be okay that things don't work out this time (so long as it's not every time). Because eventually things will. And if you're able to come up with something "brilliant" once you should be able to do it over and over again. Despite setbacks.

Persistence and taking advantage of the times that do work out are the keys to creating anything. Those are the only things we have complete control over.

Now I'm not saying anyone who works in advertising will do something on the level of Michelangelo. Ours is impure art at it's best. But why not try to do something like that? Something with the impact and the gobsmacking beauty of seeing that ceiling? That is evokes such an emotional reaction? There have been ads that have that effect on me (and the public at large) once in a rare while.

It's worth attempting. Worse that happens is that the funding dries up.

The first time I shot a commercial it was completely overwhelming. Not the pre-production. Or being put up in a hotel. Or the dinners.

But the shoot itself hit me in the face.

But you can spend the entire day trying to figure that out. And that's not good because you're supposed to be focused on what's going on in the monitor. Not "who's that guy over there adjusting the light?" Or "why is this man bringing me a smoothie?" Or "Is that college student in the Pink Floyd shirt a slave? They're sure treating him that way."

Thankfully you don't have to have my experience. Vimeo has produced a handy video about the very subject. And a blog post to go along with it. You could do worse things with the three and a half minutes it'll take to watch.

Lots of marketers make big deals out of deals that aren't big at all.

It's why claims in ads are so inflated.

Like the "insane" Ingrown Hair Sale at Best Buy this week.*

But yesterday I was grocery shopping and actually saw the deal of the century.

At a grocery store in the Bridgeport neighborhood of Chicago. 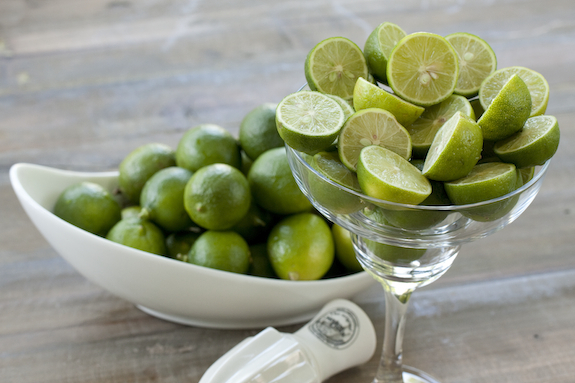 *not an actual sale.

Some crowdfunding efforts are impossible to understand. America probably doesn't need another $40 bottle opener "multi-tool" but those get funded with the regularity of a man on a full fiber diet.

My friend joe has an IndieGoGo campaign that's a little different.

It's all sorts of ambitious. The goal is big (not hollywood blockbuster big, but still hollywood big). He's trying to raise $180,000 which is just a fraction of the cash he actually needs to make the film, but enough to get other investors on board.

So why should you help out? Because he's trying to make some good art. Then help more good art get made. Because he plans to take 10% of the profits from this movie and invest them back into other projects. Hopefully creating a self-sustaining system outside of major studios for years and years.

But Jeff, couldn't I just give to other independent projects *I'm* interested in? You could, sure. And I think you still should. But that's missing the point. He's trying to help rally against a system that, although it shouldn't, often rewards celebrity rather than merit. To help people like him rather than ask for help in the future.

It sucks to ask for money. It sucks to be put in a position where someone is asking you for money. But with the amount of forethought and drive of Joe I think this is a pretty good cause.

Plus, if you have any interest in seeing a tongue-in-cheek movie about kick-ass Jews kicking ass this is just about your only chance.

So please go check out the page and give a few bucks. Or go chip off a bit of your pocket cash (a cool ten thousand) and become an executive producer. Either way I know he'd really appreciate it.

(And here's the sizzle reel if you're still not convinced. One of the lead actors is Jonathan Lipnicki of Jerry Maguire and Stuart Little fame.)

This picture has been sitting in my open tabs for months now. I wanted to do something with it, but I wasn't sure what. So I posting it here simply because it inspires me and makes me laugh. Carving a tree inside of a tree is just one of those crazy Inceptionesque ideas that's so obvious only after I saw it done. (Like so many of the best ideas.) So here's a carving by Giuseppe Penone. 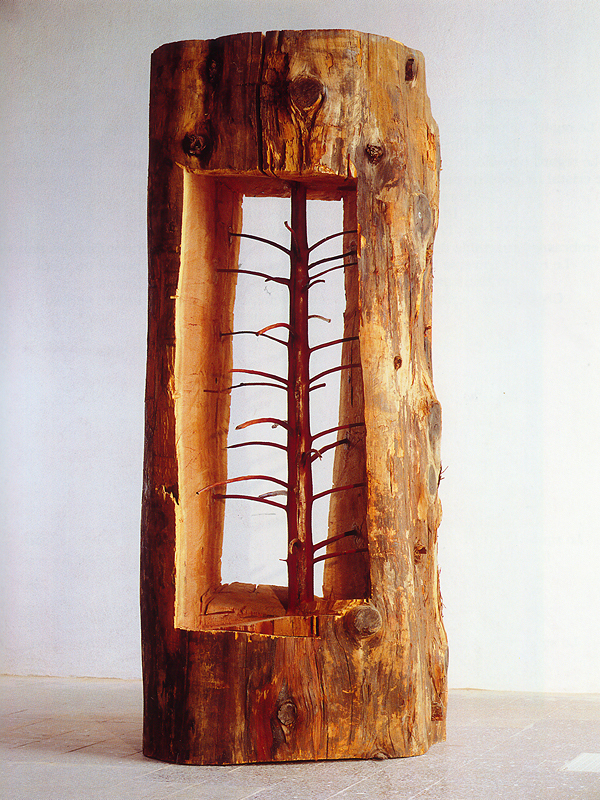 For the past couple of weeks I've been bombarded by pre-roll ads for a certain office supply store. The ads have a generic voiceover about back to school or professional looking documents, with a product I recently viewed on their website. The product, mind you, had absolutely nothing to do with either professional looking documents or back to school but that didn't seem to matter. It should amaze and delight the consumer that a company has the capability to do this.

However, the result is anything but amazing.

I completely understand what they're trying to do. It makes sense to try to match product people need with the ads you're serving them. And it was probably an easy sell because it sounds really good.

But it doesn't work good.

And a little spooky.

It's an ad stuck in the uncanny valley of quasi-personalized advertising. You're aware that your viewing behavior is being watched and logged. But you're not blown away that they can deliver the right message at the right time. Because that's not enough. There's no idea beyond the presentation that yes, indeed, I did search for that laptop shipping-box.

No doubt someone will come along and figure out a way to perfect this. The first TV commercial wasn't anything special. But for the time being I wish that marketers and their agencies didn't get goaded into things like this. 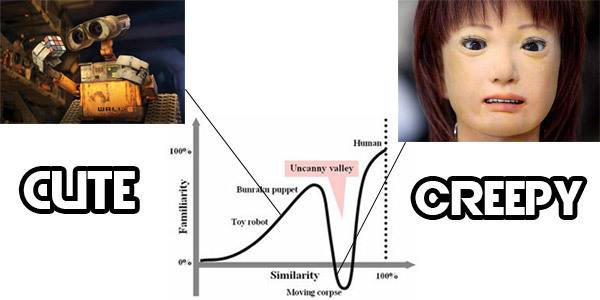 A friend of mine has is known for his very poor taste in liquor, despite having been a bartender for years.

If it's awful he's sure to have bought it and possibly enjoyed it. My experience with this culminated last summer when he burst into my apartment with a bottle of Segram's Sweet Tea Vodka. And this was no small bottle. It was 1.75 liters of heinous brown liquid.

When he cracked open the bottle a saccharine stench wafted out of the bottle. The air got heavy. We all began to choke. He mixed himself a cocktail and announced, "Oh god, this is horrible." Then proceeded to drink a good portion of the bottle. This was the last time anyone would touch the bottle.

Since that day the bottle sat dormant in the bottom of my freezer. Waiting for someone, anyone to take pity on it and finish it once and for all. But last night, after two roommates and nearly a year of non-use, I decided to put an end to Segram's misery. I yanked the bottle from its icy home. Grasped the cap tightly and tore it off.

Slowly tipped the bottle until, finally, the insidious (b)ooze flowed into the sink basin. (You didn't think I would actually drink the stuff, did you?)

And as I watched the last drops of vodka left the bottle I noticed a message on the neck of the bottle. Probably from a marketing team who felt very clever. The message read: 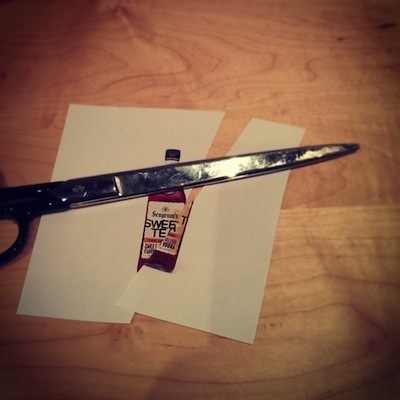